In order to estimate angle using gyrometer- and accelerometer data I decided to implement a Kalman filter. I won’t dig much into the theory as plenty other sources on the interwebs are more qualified for that.

Shown is the completed result of the Kalman filter in action during a 20 second period, where it can be seen that the resulting curve (blue) follows the gyro (green) short term but is being corrected by the accelerometer (red) long term. 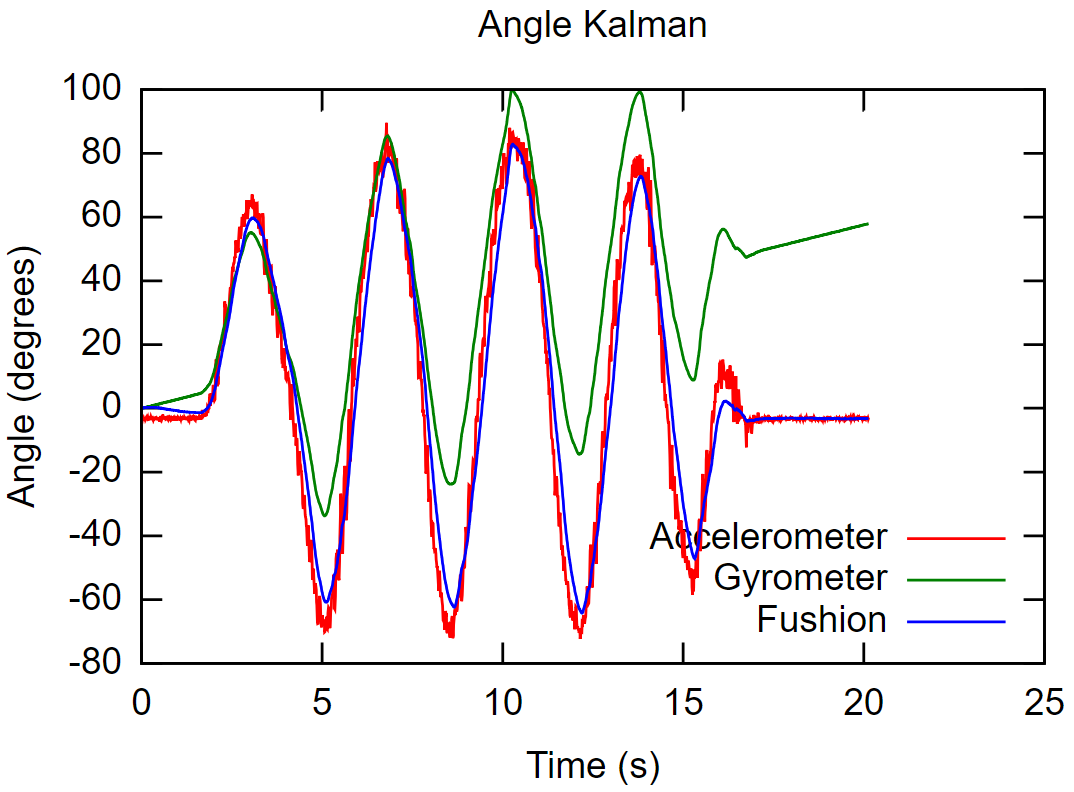 I decided to implement the system matrices as a struct so it can be easily modified for other sensors and purposes, though only in two dimensions meaning only two different sensor inputs can be used at the time.

In order to initialize it, the state transition model F as well as the control model B has to be found. They can be found by looking at the units of our inputs and desired outputs, where our desired output vector is angle and gyro bias:

You might recognize the formula from high school science class.

Since an angle can be directly extracted from acceleration, and our angular velocity (gyro) is drifting, we change the expression to:

The state of the system

hence gives us the expression:

The full initialization will be:

The filter function itself is implemented together with comments for it to be quite straight-forward.